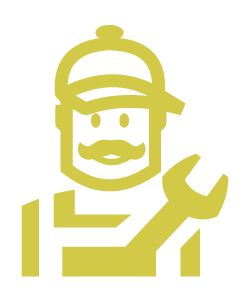 If you enjoy working on vehicles as much as we do, then you're going to enjoy this blog. We aren't professional mechanics, but we do know how to do our own vehicle maintenance and we can also make minor repairs to our vehicles. We learned this information from watching other people and asking a lot of questions. We also discovered that the internet is a wealth of information for vehicle repair and maintenance. When doing maintenance and fixing vehicles, it's very important to get the right auto parts for your specific vehicle since parts are different for every make and model. In this blog, you learn how to find out what part you need, where to find the part number and how to tell if the part is bad. We hope this blog is helpful and that you learn a lot about auto parts.

Increasing The Performance And Fuel Economy Of Your Muscle Car

If you are a car enthusiast and have an older muscle car or performance car that is not running as well as it should, there are some improvements you can make to help increase the performance of the car. Using newer parts on your car can also increase the fuel economy and reduce the need for maintenance, leaving you more time to enjoy the ride.

Older carburetors often suffer from problems with the seals leaking, the needle valves sticking, and the floats becoming oversaturated with gasoline and not working correctly. Rebuilding the carburetor can make it work better, but replacing the old carburetor with a new performance-series carburetor is often a better option.

It is getting harder to get the original parts for the old carburetor, and rebuilding it is tricky — if you are not sure how to do it, the result can be a carburetor that runs worse than before you started. Some services can update the part for you, but these older units often can not match the performance of a new performance carburetor designed to work on your engine.

The new performance carburetor works the same way as the older version but with new parts that will last longer and work better than the old parts in the original carb. The new carburetor's additional performance is often very noticeable, increasing the throttle response and the idle quality of the engine.

These replacement carburetors are designed to bolt on as a direct replacement without modifying the throttle linkage or other parts of the car, making them easy to install and use.

When you replace your old carburetor with a new performance carburetor, you are very likely to notice an increase in the power the car has. You often will also see an increase in the fuel economy. This happens because the modern design and parts used in the new performance carburetor work more efficiently, allowing the engine to get a better mix of fuel and air with a cleaner, less turbulent flow through the carburetor and into the engine. Modern jets inside the carburetor are manufactured to higher standards, resulting in an engine that runs better.

To learn more, contact a supplier that has performance-series carburetors.